The Emperor Has No Clothes!

Does the name of the “For Sale” sign in front of a house make any difference in its sale price? The truthful answer is, of course, no. A company doesn’t sell a house – an agent does. And there are good agents and not-so-good agents and any given company is going to have some of both. But the fact remains that there are some sellers who make their choice of who to list with based on the company name.

I guess it boils down to the mystique of “branding.” On any objective basis, there often is no qualitative difference between one product and another. In fact, in some cases two differently branded products come from the same factory, produced to the same exact specifications. The only difference is the name on the label, and a 500% difference in price! It never ceases to amaze me that some people will pay such premiums, not for any assurance of inherent quality, but simply for the snob appeal of a name.

In real estate, a similar phenomenon occurs. Some companies spend millions of dollars to brand themselves as the Gucci of companies. List your house with us, they say, because our name is synonymous with high class, and high class will attract a higher paying buyer. Newsflash: the emperor has no clothes! Houses aren’t sold this way. The majority of times, a buyer is represented by an agent from a different office. The buyer could care less who the listing agency is.

The best service comes from the best agent, period. Everything else is simply smoke and mirrors, or to borrow from Macbeth, “sound and fury, signifying nothing.” 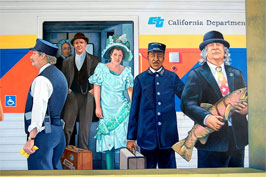